As in the past, Tadcaster Scout Group will be taking part in the town’s parade, the last one where there will be floats. The theme of this year’s carnival is “Carnival”. In Latin and South American countries the celebration of the dead is a custom that goes back thousands of years and was traditionally held in the summer. The Scout Group are basing their float on this ancient festival originally based in Mexico, in commemoration and celebration of family members and friends who have passed away. Hence the title “Day of the Dead”, or in Spanish, “Dia de Muertos”, or “Dia de los Muertos”.

As stated this will sadly be the last parade so we want to make this the best one yet! Whilst on camp the Cubs starting making some decoration.

Your Beaver, Cub, Scout or Explorer can pretty much wear anything, though suits, shirts with ties, dickie bows, and top hats or black hats with flowers are popular traditional wear for boys and girls. Wedding dress/ bridesmaid dress themes for girls, with flower headdresses are also popular. They can alternatively wear skeleton outfits. However, as this is a religious festival and we wish to be respectful of this tradition, please, no fake blood etc!

A main element of the outfit is face paints, either black or white skeleton or highly decorated skeleton face. If you don’t have face paints we will have people available on the day as they arrive at the float to paint their faces for you.

Further details of times and location will be provided closer to the day. If your child would like to take part please complete the form below which has also been sent out to everybody via email, and return to your section meeting, or let us know by email. There will be limited places on the float itself, but there will be opportunity for others to walk behind the float also.

To find out more about the ‘Day of the Dead’ why not search online for more information. 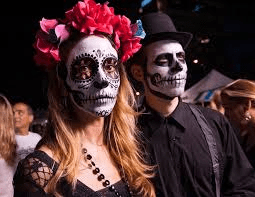 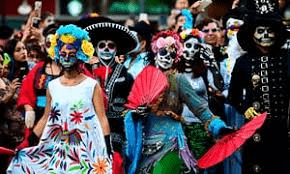 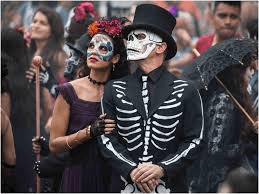 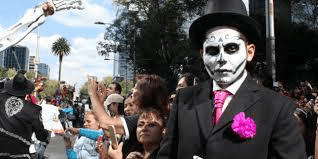 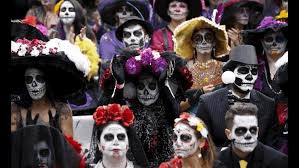 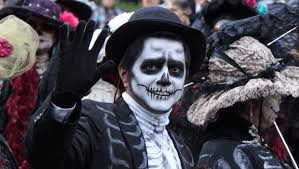